“The bizarre thing was I felt fine.” 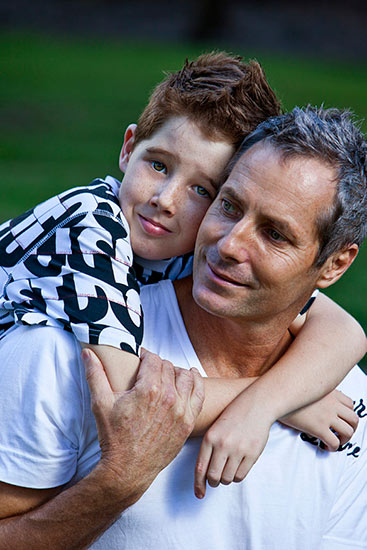 Patrick Zimmermann was at his karate club when he dropped to the floor. The super fit 43-year-old had had a massive heart attack. Less than a minute earlier, a nurse from The Prince Charles Hospital had arrived to collect her daughter. She started CPR and kept Patrick’s heart pumping for 15 minutes while they waited for the ambulance.

After being shocked back to life, Patrick was rushed to The Prince Charles Hospital where he had emergency surgery to clear a huge blockage in his heart. It turns out a genetic condition causes Patrick’s liver to overproduce cholesterol, despite his very active healthy lifestyle.

“The bizarre thing was I felt fine. I knew I’d fainted,” Patrick says. “The only heart attack I’ve ever seen is the Hollywood movie version.”
The incident has changed Patrick’s outlook. He and wife Leanne have discussed health and mortality openly with friends and business associates. Five of Patrick’s friends have been to their doctors to be checked, one needing a triple bypass.

“I’m fortunate I haven’t had to change my lifestyle,” Patrick says. “I was already not smoking, not boozing. I’m blessed that I’m focussed and single-minded.”

“I was lucky to get the heart…”

A family summer holiday in Fiji seemed like a great idea, until Tony Stephens realised he was in serious danger.

Tony had been on tablets for dilated cardiomyopathy since November 1999 then in October 2010 got a cold which led to pneumonia but I had already organised a holiday with his kids to Fiji.

After being subscribed a sports drink by a local doctor thinking he had food poisoning, Tony knew he had to get back to Brisbane to his cardiologist. Tony bluffed his way onto a flight after convincing staff he wasn’t as sick as he looked.

From the airport he went straight to The Prince Charles Hospital emergency department and was transferred to intensive care unit. Tony was told he probably would have only survived a few more hours without treatment.

“I was packing to go home when the heart came,” he says. “I was over 10 hours in surgery because they discovered an infection. I was lucky to get the heart, but the surgery had progressed too far to stop.”

Two years after his transplant, Tony is back at work full time. He’s built a huge indoor playground in his office for four year old Tony and six year old Ava to play on when they come to his work. Tony is able to look ahead and get on with life. He’s recently travelled to the United States and is building a new house.

“It doesn’t matter what you’re worth, you can’t buy a new heart. Without all these people – the donor family, the hospital team – I wouldn’t be here.” 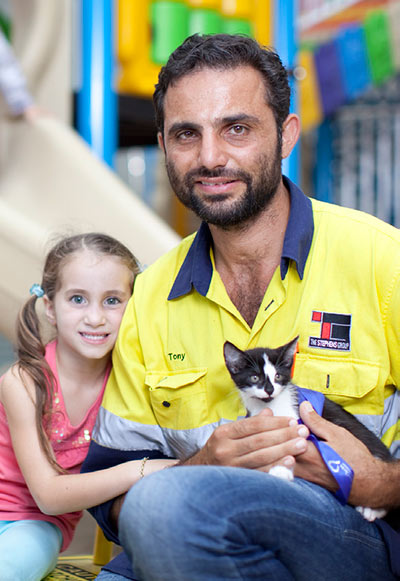 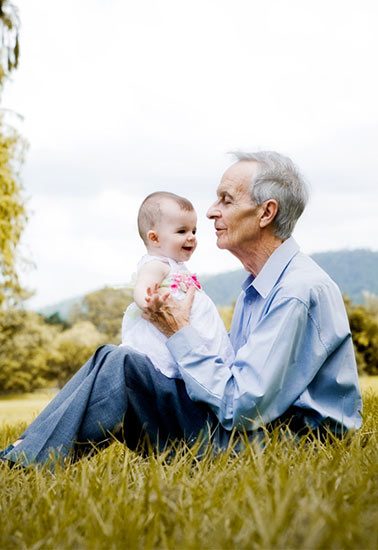 At 78, Lawrie Rodgers wasn’t expecting to have any new additions to the family. And then his daughter Claire announced she had finally fallen pregnant.

“We never expected to see a granddaughter,” Lawrie says. “When Claire told us she was pregnant we couldn’t believe it. It’s changed our life!”

Dedicated to spending as much time as possible with nine-month old Sarah, Lawrie is still finding time to continue his commitment to volunteering with Heart Support, the group which shares their personal stories with heart surgery patients. Lawrie joined Heart Support after his bypass 12 years ago.

“A lot of patients can’t believe you can get back to living a normal life again after major heart surgery,” says Lawrie, now 79, who is bouncing back again after a valve replacement this February.